7. About the MeMO project

The Medieval Memoria Online database was created on the basis of various cataloguing projects from the period 1990-2005: 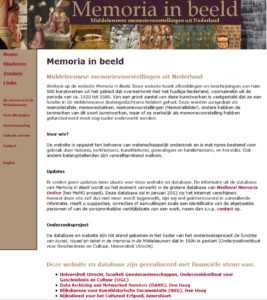 Fig. 1. Homepage of the website  Representations of Medieval Memoria (Memoria in Beeld). Since the MeMO database replaces this database, the website is no longer accessible

In 2009 the Netherlands Organisation for Scientific Research (NWO) granted the MeMO project the Investment Subsidy NWO Medium to construct a database with inventories and descriptions of a number of sources concerning the commemoration of the dead (memoria). The project was also given substantial subsidies by the Stichting Professor Van Winter Fonds and the K.F. Hein Fonds. The participating research universities (Utrecht University (UU), VU University Amsterdam (VU) and University of Groningen (RUG)) and a few heritage institutions made funds available as well.

The database was developed in collaboration with Data Archiving and Networked Services (DANS), a subsidiary of the Royal Netherlands Academy of Arts and Sciences (KNAW). DANS also granted a substantial subsidy.

The software developed for the MeMO database is Open Source and thus available to other researchers.

The project staff created not only a database, but also a number of websites, numerous publications and Medieval Memoria Research (MMR), an international online newsletter for researchers into memoria. Moreover MeMO organised various international symposiums. Several of these activities were organised in cooperation with colleagues from outside the MeMO project.