2.2 The four types of sources

Due to practical considerations the MeMO project began describing sources that had already been inventoried; these are sources covering the area that is currently the Netherlands. This is the reason why it is certain or highly probable that the sources included in the MeMO database functioned in medieval institutions in this area. The sources that were collected and described stem from the Middle Ages and the early modern period until the Reformation that took place in the larger part of the Netherlands around 1580. Only Noord-Brabant, Limburg, parts of Gelderland and Zeeuws-Vlaanderen remained catholic (even though the catholic and the reformed religion alternated with intervals until 1648). The final date of 1580 was maintained for these areas as well in the MeMO database. Most of the objects and texts stem from the fifteenth and sixteenth centuries. 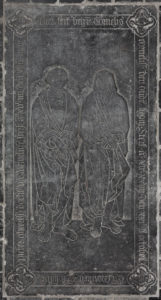 Objects and text carriers are usually considered to be two distinct types of memorial source. But this is clearly a formal distinction, as text carriers, i.e. manuscripts and printed books, are obviously material sources – and therefore objects. On the other hand, texts can also be present on objects, especially on objects that had a function in the commemoration of the dead. For these reasons the entire object has been the point of departure for the descriptions of all types of sources; they deal with all relevant aspects, as far as they are known.

The types of sources included in the database are the following:

There are various names for these objects which refer to their specific shape, but in general these objects were intended to indicate a burial place and to commemorate one or more persons who were buried there (fig. 1). Tomb monuments could be standing apart in the room, but could also be placed against a wall or in a recess. The MeMO database also includes cenotaphs, which were intended to commemorate people who were buried elsewhere. (For further information see chapter three.) 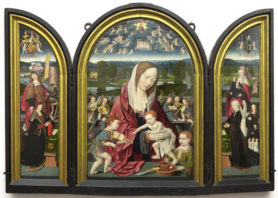 Fig. 2. Triptych with the Virgin and Child and the devotional portraits of the Sampsons-Coolen family from ’s-Hertogenbosch (1518). The girls in the white tunics had already died, as well as the boy behind the father holding a small red cross, MeMO memorial object ID 787

The MeMO database contains a catalogue of memorial paintings and sculptures that were usually placed in chapels, churches, monasteries, and on the burial places that were connected to these institutions. Generally they consist of an image from the New Testament or a representation with saints combined with the devotional portraits of the people to be commemorated, often with their patron saints, and – where applicable – their heraldry, and with accompanying texts with the names and dates of death (fig. 2) (See for more information chapter three.)

‘Memorial registers’ is a collective term for sources that had a liturgical and/or administrative function within the commemoration of the dead (fig. 3). For instance, calendars with persons to be commemorated were used in principle in the liturgy, while giftregisters, in which the donations and foundations of the benefactors were recorded, usually fulfilled a more administrative function.

It turns out that a categorisation of the memorial registers in documents with clearly distinct functions is problematic in the actual research practice. There are calendars that also record the donations and foundations besides the names of the persons to be commemorated. The registers of grave owners sometimes record the benefactions of the people to be buried. In short, memorial registers were designed and adapted as best fit the institution that used them. (See for further information chapter four.)

In the MeMO database the memorial registers are categorised according to their contents, and it provides options for the description of variations in the contents. It has the following categorisations: 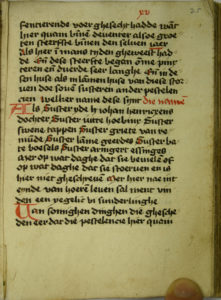 Fig. 4. ‘Zusterboek’ of the Lamme van Diesehuis in Deventer, f. 25r, with the names of nuns who died of pestilence in 1483. They are mentioned after the biography of their rector Egbert ter Beek, who had died in the same year, MeMO text carrier ID 279

Two groups out of the many types of narrative sources have been included in the MeMO database:

As is the case with memorial registers, here too one cannot make a clear distinction between chronicles and biographies that would make things so much easier for researchers. Even though similarities can be found in set-up and contents, institutions chose the form that best suited their purposes. (See for further information chapter four.) 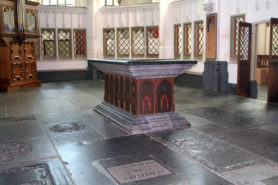 Fig. 5. Choir of the Stevenskerk in Nijmegen with floor slabs and the tomb monument of Catherine of Bourbon, Duchess of Guelders († 1469), wife of Adolf of Egmond. In her will she left a large sum for the foundation of a chapter in that church, MeMO memorial object ID 2324

The institutions in which the objects and text carriers functioned

If one is to put the memorial sources in their context and to interpret the various modes of use and function, information is required on the institutions (parish churches, monasteries, confraternities, etc.) from which these sources originate (fig. 5). Precise knowledge of the locations within the institutions where the objects and text carriers were used is important as well. This is the reason why the MeMO database includes a separate section with basic information on the original institutions. (See for more information chapter five.)

Sources for memoria research that have not (yet) been included

Besides the sources that have been included in the MeMO database there were various kinds of other types of objects and text carriers that fulfilled a function in the commemoration of the dead. These sources have not been included, because they have not (yet) been catalogued for the area that is now the Netherlands. These sources include the following: 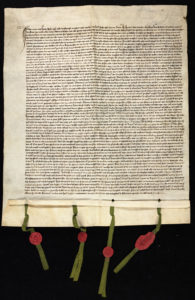 Fig. 6. Foundation charter of Mariënpoel convent near Leiden (1431). The founder, Boudewijn van Zwieten, stipulated prayer for the salvation of the souls of his family, his friends and the rulers he had served, Erfgoed Leiden en Omstreken, Kloosterarchieven, no. 860

The database has been devised in such a way that descriptions of other sources can be incorporated at a later date, as well as inventories and descriptions of sources from other areas and other eras. An inventory of the sources from after 1580, for instance, would be of considerable value for the areas of the Netherlands that remained catholic and for the Southern Netherlands in general (fig. 7). 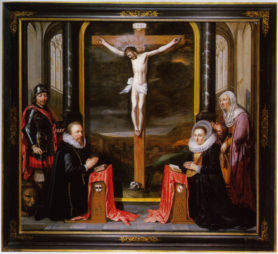 Fig. 7. During the Counter-Reformation the Church declared that living persons could no longer be portrayed in a religious image. As the husband of this Dordrecht couple was still alive when the painting was produced (1618), they are depicted kneeling in front of a painting showing the Crucifixion, Museum Catharijneconvent, Utrecht, St CC s30