1.1 The origins of the commemoration of the dead 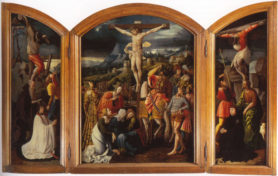 Fig. 1. The most common representations in memorial pieces are the Virgin and Child and – as shown here – the Crucifixion, see MeMO memorial object ID 628 and ID 492

One of the tenets of Christianity is that paradise became accessible to humanity again when Christ died on the Cross (fig. 1). Adam and Eve’s Fall from Grace had been remitted through Christ’s death. The first Christians thought that the Last Judgment would soon take place. Living life as a good Christian was sufficient to be allowed to enter heaven. When the Judgment did not come about people started wondering what happened to the souls of the deceased until the moment of the Last Judgement. 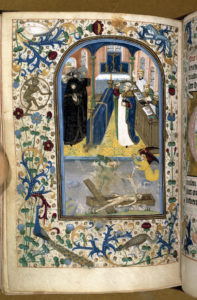 Fig. 2. An angel and a devil battling for the soul of a deceased, Museum Catharijneconvent, Utrecht, OKM h1, f. 175v

This situation caused the emergence of the concept of purgatory, a third place for man after death beside heaven and hell. Eventually the existence of purgatory was subsumed in the teachings of the Western Church. According to these teachings there is a Particular Judgment immediately upon death, which gives perfect Christians, i.e., the saints, direct access to heaven. The damned, i.e., those who have died without having asked forgiveness for their great sins, are to burn in hell in all eternity. Those who are yet to do penance for their sins but whose sins have been forgiven are condemned to a stay in purgatory (fig. 2). 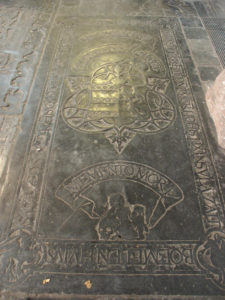 Fig. 3. The passer-by of this floor slab is reminded of his own mortality through a banderole that says memento mori (remember you must die). A putto leans on a skull while holding an hourglass, see MeMO memorial object ID 2481

Though purgatory is a place of pain and sorrow, it has only one exit, which leads to heaven. The duration of one’s stay in purgatory depends on one’s sentence. At the Last Judgment purgatory will disappear and only heaven and hell will continue to exist in all eternity (fig. 3). 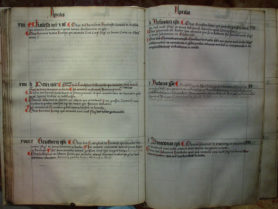 Fig. 4. Calendar of saints of the chapter of the Plechelmuskerk in Oldenzaal, mentioning the deceased and their donations, ff. 23v, 24r, see MeMO text carrier ID 314 and the website of the St. Plechelmusbasiliek

It was therefore essential to lead a good life, which meant to commit as few sins as possible and to follow the Ten Commandments, to perform the Acts of Mercy and support the Church with money and goods (fig. 4). This could also be done by founding Masses and memorial services in churches and monasteries to shorten one’s own and other people’s penance in purgatory. In addition, this system generated the livelihood of the clergy and conventuals. The poor and the sick who received food or other forms of help were expected to help their benefactors in shortening their stay in purgatory through prayer and by attending memorial services.