1.3 Use and function of memoria sources 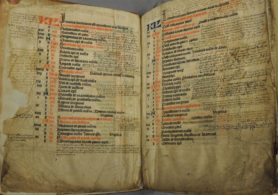 Fig. 7. Calendar of saints from a missal of the Lopik parish church (ff. 2v-3r), indicating when and for whom memorial services had to be performed, see MeMO text carrier ID 423

Objects and manuscripts that played a role in the commemoration of the dead can all be considered as utilitarian objects. Narrative sources could be read aloud for purposes of education and commemoration. Calendars of saints in which the memorial services that were to be held were recorded, served to remind institutions of their obligations towards their benefactors (fig. 7). Memorial pieces and tomb slabs were intended among other things to call the faithful to prayer for the dead.

This is not to say that the intentions of the patrons or institutions were always acted upon, or that donations always had the intended effects. For example, the faithful could ignore the many calls for prayer on tomb slabs and memorial pieces. Or they could disagree with the messages that the patrons intended to confer through the rituals, sermons and representations that these patrons had paid for. 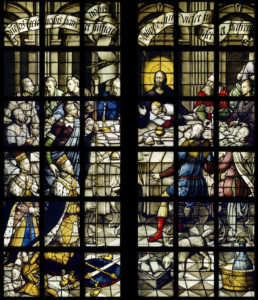 Fig. 8. Philip II and Maria Tudor (detail) on a stained glass window donated by them to the Janskerk in Gouda (1557-1559). Without a doubt the window had a political use because the legitimacy of Philip’s position as the ruler of the Netherlands was increasingly challenged, see MeMO memorial object ID 872

The stained glass window that was donated to the St. Janskerk in Gouda (in 1557-1559) by Philip II was intended among other things to show him as the ruler of the Netherlands (fig. 8). But from 1559 the legitimacy of Philip’s position was increasingly challenged. In 1568 this led to the Dutch Revolt, and in 1581 the States-General decided to dethrone Philip. Those who saw the window may well have been of very different opinions than Philip and his adherents.