The six types of institutions

Objects, text carriers and texts have survived from six types of institutions. There are great variations within each type, in their origins and their aims as well as in their organisation. The definitions given here should be considered to be broad descriptions, see 5.5 for specialised literature and websites.

Chapel: a chapel is a space in which an altar has been placed, whether in the form of an independent building, or as a part of or annex to a parish church or monastic church or castle. The liturgical celebrations in a chapel are performed by one or more members of the clergy, who may or may not be paid for this service from a fund (reserved for this purpose), a so-called chantry. Multiple chantries can be founded on a single altar. Founders of chapels and chantries were a (noble) family, a confraternity, the city council, local residents, interested parties in a place of pilgrimage, etc. The function of chapels varies greatly. For local residents who live far from their parish church, the independent chapel can fulfill functions of the parish if the priest of the chapel is given the right to administer one or more sacraments, see MeMO institution ID 428.

Fig. 1. The Onze Lieve Vrouwekerk in Tholen was a chapter church as well as a parish church. Floor slabs from both canons and parishioners remain, MeMO institution ID 850

Chapter: an institution that was founded to enable its members, the canons, to perform the daily recitation of the Liturgy of the Hours. Also called the Divine Office, the Hours are the daily prayers to be recited or sung at fixed hours of the day. Two types of chapter can be distinguished:

Please note: in the MeMO database parish churches with chapters have been included under Chapter, not under Parish. 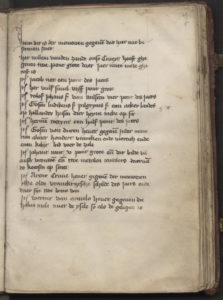 Fig. 2. Miscellany with various texts among which a register of gifts (f. 7r) of the ‘schepenmemorie’ of Kampen. Mostly members of ruling families of the town belonged to this confraternity, MeMO text carrier ID 376

Confraternity/guild: a confraternity or guild is an association that was founded to promote the care for the souls of the living and deceased brothers and sisters. The aims of confraternities include the promotion of the commemoration of a tenet of faith (Sacrament confraternities), the adoration of Mary or another saint, and the propagation of a special devotion (the prayer of the rosary). Confraternities or guilds were usually based in the building of another institution such as a parish church or a monastery. 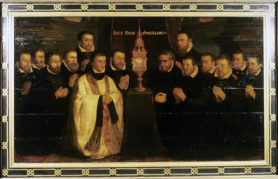 Fig. 3. Memorial painting with members of the Confraternity of the Blessed Sacrament of the Nieuwe Kerk in Amsterdam (?) kneeling on both sides of a monstrance (1570-1578), MeMO memorial object ID 643

They had their own altar services. Some had a chapel and/or altar of their own, some did not. For the liturgical services a confraternity or guild could found a chantry, which had its own chaplain, but this was not obligatory. A confraternity could also unite fellow craftsmen, in which case it doubled as a trade guild (fig. 2 and 3).

Hospital or orphanage: these are institutions for people who required special care, such as the elderly, the sick and orphans. These could be independent institutions or institutions that were connected to a monastery, for example. Initially these institutions usually serviced multiple categories of people in need. Many institutions specialised over the years and became orphanages, for example, or specialised hospitals that catered to specific groups, see MeMO institution ID 317 and ID 705. 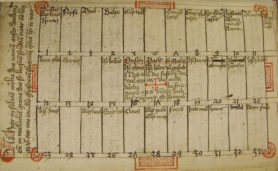 Monastery: the term monastery has been used in the MeMO database as an umbrella term for all sorts of institutions for people who devoted their lives to God. The following terms are used in the detailed descriptions of the monastic institutions: 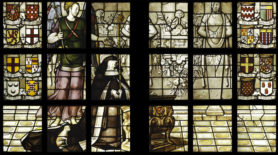 Parish: this term denotes an ecclesiastical (geographic) area in which the parish priest, possibly with the assistance of other priests, had the care of the souls of the local residents, the parishioners. The centre of the parish was the parish church, where the liturgical celebrations took place, and which had been given burial rights. The deceased were buried in the church or in the churchyard next to the church. There could be one or more parishes in a town or city. 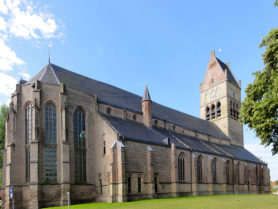 Please note: in the MeMO database parish churches with chapters have been included under Chapter, not under Parish.

The tasks of these institutions in the commemoration of the dead

The great majority of the institutions mentioned had a function in the commemoration of the dead, both for their own members, but for others as well. In many cases monasteries and hospitals had a chapel and burial place of their own at their disposal where they could bury and commemorate their own members and the deceased who had wished to be buried in the institution (if the institution had received permission from the ecclesiastical authorities). Confraternities or guilds usually had their own burial vault or a number of burial places in the church where they were congregated. 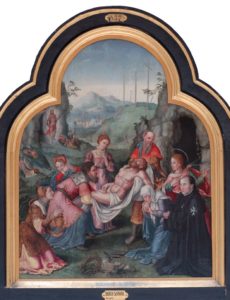 Definitions relevant to the descriptions of the institutions

The table below shows only the terms and titles that occur in the MeMO database. For specialised literature see 5.5 Literature and websites.