Researchers of the medieval commemoration of the dead, i.e. memoria, consider the principle of do ut des, I give so that you give, one of the major principles for medieval society in general as well as memoria. The commemoration of the dead was characterised by a combination of care for the hereafter and care for the here and now. For this reason researchers often use the expression ‘community of the living and the dead’, because the deceased continued to be part of their communities after their deaths, through their good deeds and because their names were mentioned in prayers.

Memoria was therefore a public matter, but there were also tasks that were performed individually. Part of one’s obligation as a member of a community (fraternity, monastery, family, etc.) was to pray at the grave of a deceased community member. 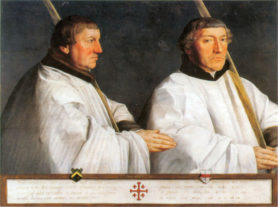 Several aspects can be discerned within this interrelatedness of the care for the here and the hereafter. First, there are religious and liturgical aspects. It has social aspects as well, such as identification with certain groups by supporting especially those communities (one’s own family, one’s monastic community, one’s guild, etc.). Historical and socio-political aspects played a part as well: creating reminders of events and of the benefices that the institutions received, such as lands and properties, as well as privileges. The commemoration of such matters could also have a legal use when certain properties or legal rights were challenged. See also: Commemoration in the convent Mariënpoel: prayer and politics.

The commemoration of the dead gave people the possibility to position and express their identity. The works of art that were created functioned as means of communication just like the texts that were read aloud, the rituals that were performed and the gifts that were donated. 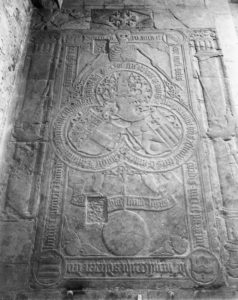 A donation to a Dominican monastery, for example, might show that the donor trusted that the monastery took good care of the prayers and services for the salvation of the souls of the deceased. Moreover it expressed an affinity with the religiosity of the Dominican Order. Identification with the Order and the ensuing identity as an adherent of the aims and values of the Dominicans may have been even stronger if family members had entered the monastery.

Another example of the demonstration of identity and connection are the group portraits of the Pilgrims to Jerusalem from Amsterdam, Haarlem and Utrecht. All portrayed persons show themselves to be pilgrims to Jerusalem by wearing the Jerusalem cross and the palmbranch. The pilgrim’s insignia on the floor slabs that covered the graves of some of these pilgrims clearly show, however, that they also undertook pilgrimages to other places, but only in some cases are they represented in the paintings. After all, these portrait series are intended to emphasize a specific group identity. Other pilgrims’ insignia were less relevant, and could even be considered undesirable in the Jerusalem group portraits (figs. 5a and 5b). A floor slab or tomb monument, on the other hand, may have been intended to show the various aspects of the identity of a person, including his or her relations with several groups. See also: Representations of Jerusalem pilgrims. 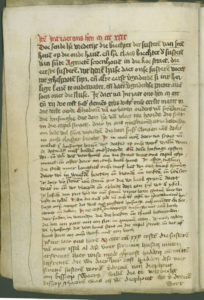 Fig. 6. Page from the register of gifts of Mariënpoel convent in Oegstgeest near Leiden, see MeMO text carrier ID 106 and the website Prayer and Politics

Written sources also provide insight into how identity is created. There are chronicles that relate the story of the foundation of a monastery, including everything that was being done for the new monastery by the founder and his family and friends, and containing stories about the donations of later benefactors. Other examples are the registers of graves in which the names are recorded of the lay persons who were buried in a monastery. These documents too demonstrate that these persons apparently felt a connection with that institution (fig. 6).

In short, through the commemoration of the dead and one’s donations and foundations people could show their identities and their views and ideals. For this reason two important questions for memoria research are:

1) In which ways was memoria an agent in both the creation and expression of identity in communities of the Middle Ages, such as religious orders, parishes, confraternities and families?

2) How did the creation and expression of memoria vary between these communities and how did the practice change over time?