The Medieval Memoria Online database was created for two reasons. The first involves the interdisciplinary character of the research into the commemoration of the dead. Memoria is pre-eminently a field of research where historians, art historians, literary historians, as well as church historians and liturgical experts work. MeMO is intended to contribute to the collaboration between researchers in these disciplines. The database thus provides extensive descriptions both objects as text carriers and texts that are of major importance to memoria research, but that traditionally belong to separate fields of expertise.

The second reason for setting up the database is the wide dispersal of the materials. They are in holding institutions and private collections in Europe as well as on other continents. Academics therefore often lack a knowledge of the large number of extant sources, which impedes broad quantitative and qualitative comparative research. For this reason many researchers feel compelled to limit themselves to performing case studies. All in all there is a great need for inventories that are as exhaustive as possible.

MeMO provides databases with inventories and descriptions of four types of sources (from the Netherlands until 1580): 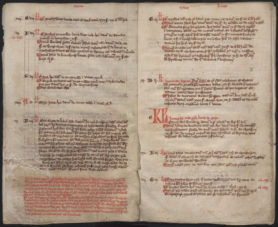 Besides the two databases, one for the objects and one for the text carriers and texts, there is a third database with descriptions of the institutions from which the materials originated. A knowledge of the context can especially contribute to recovering how the objects and texts functioned.

The objects, text carriers and texts are described extensively. Because they are sources that had a utilitarian function, the descriptions also include information about changes in the text carriers, texts and objects. These changes can provide information on the functioning of the sources, and potentially on altered functions. Time and again research has shown that memorial sources need to be scrutinised critically.

The catalogued and described materials belong to the cultural heritage of the Netherlands. The intended target groups of the MeMO database are not only researchers of memoria, but also local historians, genealogists and heraldists, museum curators, teachers, pupils and students, and the general public with an interest in history, art and culture.

The database has been designed to allow the inclusion of descriptions of other types of sources and for other areas and periods at a later stage.