In the Middle Ages there was no universal terminology for texts that were used in the commemoration of the dead. The documentation of memorial practices in institutions depended on the requirements and practices within each separate institution. Even for institutions that belonged to the same group, such as monasteries of the same order, there were not necessarily fixed rules concerning the administration of memoria. As a result, certain sources that have essentially the same contents and design can be known under different terms. Alternatively, one and the same term can indicate different types of memorial registers (see fig. 1). Local and regional customs are also a factor. An overview with memorial celebrations in calendar form, for example, can be called a necrology (necrologium), a calendar (calendarium) or an anniversarium. 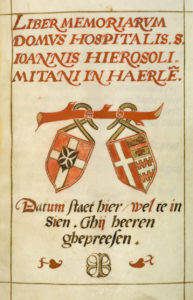 The literature about the sources uses either the term that was found in the manuscript, or terms that became popular only after the Middle Ages. At the beginning of the 1970s, Huyghebaert published a classification (in the series Typologie des sources) to create more unity in the terminology. The following classification is Huyghebaert’s:

1. The registers and other documents to commemorate the dead and the living:

2. The registers in which only the dead are registered:

This classification is based on how the sources functioned. It was later supplemented by Lemaître. As Huyghebaert indicated himself, the compilers of this classification were however unable to solve the problem that in many cases the registers are mixtures of the pure types in this classification. A register of memorial services can also contain donations and pittances, for example, or information on graves and burial places.

The classification of memorial registers in MeMO

Fig. 2a. Register of names of Oostbroek Abbey near Utrecht (Benedictine nuns), ordered per month, see MeMO text carrier ID 407The name of one Hadewych Hardenbroeck is also featured here, fol. 14v. This may have been the Benedictine nun who is depicted in a painting from Oudwijk Abbey in Utrecht, see fig. 2b

For the descriptions of the memorial registers in the MeMO database a classification was made that is based on the contents of the registers: 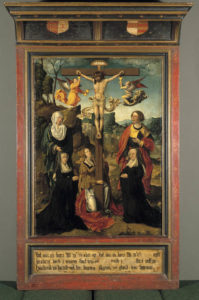 For the narrative sources the typology of Narrative Sources (NaSo) has been used, because this online database has served as a prominent source of information for the MeMO database. Narrative Sources itself is based on the Repertorium van verhalende historische bronnen uit de middeleeuwen by Marijke Carasso-Kok. In terms of terminology and set-up the Repertorium and the NaSo-database are both based on the typology of Genicot c.s. (Typologie des Sources). For a discussion of the problems concerning the classification of narrative sources, see: Vanderputten, ‘Typology of Medieval Historiography’ (2001).

Of the many different types of narrative sources, MeMO includes only those that offer information about the commemoration of the dead. This means that there are two main groups: 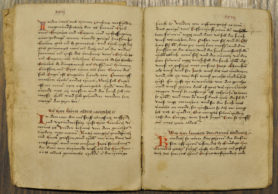 Of these source types all biographical sources are described, as they all have had or may have had a function in memoria. They contain biographical information about the described persons mentioning for example their virtues, their gifts and foundations, their activities in memorial practices, and counter gifts they received for their gifts or foundations. These texts mainly concern the lives of conventuals written in the houses of the Modern Devotion. 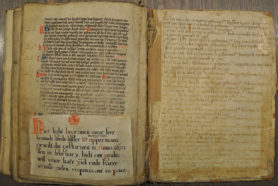 Fig. 4. Register of names listing the prioresses of Maria Weide Abbey in Venlo. Shown is a text that was pasted in for a prioress who died in 1673, MeMO text carrier ID 78

Not all historical sources contain information about the commemoration of the dead, so they had to go through a selection process. The database only contains descriptions of chronicles and annals with a very clear connection to memoria. Examples include information about foundations and donations (including the donation of privileges), about patrons, and about memorial practices and developments in these practices.

Chronicles also have a general remembrance/commemorative function. They may be written to commemorate the origins of a city, a military victory, etc. This is why the MeMO and NaSo databases are complementary tools for researchers who wish to examine memoria and remembrance in a broader context. 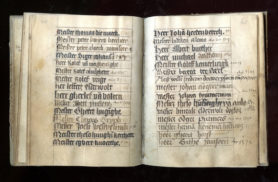 Fig. 5. Memorial register of the Kalendebroederschap in Groningen (ca. 1501-1590), listing both deceased and still living members. The names shown here are those of deceased clerical members of the confraternity, MeMO text carrier ID 436

Overview of the used terminology

In the MeMO database the memorial registers are not organised in the way of Huyghebaert in his Typologie des sources. Nevertheless his terminology and definitions, as well as those of others occur frequently in the MeMO database and accompanying products, for instance in the titles or short descriptions of the registers. The most common terminology and definitions can be found in the overview below.

Fig. 6. The Annales Rodenses, the annals of Rolduc Abbey near Rode, f. 7v-8r. The manuscript covers the period 1104-1157 and was written in three phases in the second half of the 12th century, MeMO text carrier ID 207