In general, tomb monuments and floor slabs were intended to indicate a grave and to commemorate one or more persons who were buried there. Cenotaphs, monuments that commemorate people who are buried elsewhere, have also been included in this database. The texts and heraldry on the tomb monuments and floor slabs do not always provide a full picture of the people buried there. Family members and others may have been interred there without any indication.

There is great variation in tomb monuments. Apart from free standing tombs there are tombs that are placed against a wall or in a recess, which may or may not have been extended with a raised component against the wall. 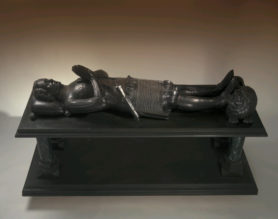 Some tomb monuments and floor slabs were decorated with two or three-dimensional figures. These can be cadaver effigies, i.e. images of skeletons and decomposing corpses, with or without a shroud, or effigies au vif (fig. 1). Floor slabs could also be decorated with such images, whether incised or in low relief. Life-size figures usually represent the commemorated persons. In cases where they served as vanitas symbols they are usually much smaller (see MeMO memorial object ID 1291), but on the floor slab of Antonis Taets van Amerongen in the Domkerk in Utrecht (see MeMO memorial object ID 78) the full-size skeleton functions as a heraldic supporter and is therefore a vanitas symbol. The single cadaver effigy on the double-decker tomb monument of the Brederode family in Vianen, for example, is a reference to the transitoriness of the body, rather than a representation of either person of the deceased couple (see MeMO memorial object ID 789). 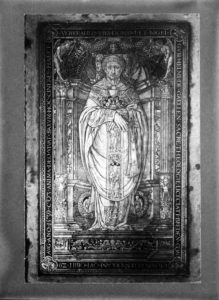 The floor slabs are stone slabs that correspond more or less to the height and width of a human being. Considerably larger slabs do exist, as well as much smaller ones, such as the stones that are mentioned in documents from Oudewater as ‘hooftstuck’ (‘head piece’). This type also occurs elsewhere, see for example MeMO memorial object ID 1310 and MeMO memorial object ID 1313 in Noordwijk and Utrecht. It is unclear whether in all of these cases the stones were placed in the floor. Possibly smaller stones were placed vertically in churchyards and against walls.

The tomb monuments and floor slabs could also be fully or partially covered with brasses (actually made of a copper alloy) in which the human figures and/or skeletons, heraldry, texts and other decorations were engraved (fig. 2). In general both the stones and the brasses used to be much more colourful than they are now. Stone slabs could be (partially) painted or inlaid with another material, and the brasses were sometimes decorated with enamel or even silver. The clothing of effigies was sometimes decorated with (semi)precious stones, see fig. 9 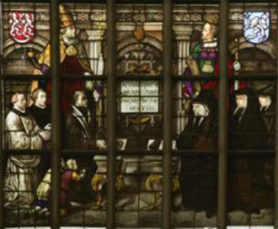 Memorial pieces consist of religious images with devotional portraits of the persons to be commemorated, usually with their patrons saints, and with accompanying texts with the names and dates of death and a request for prayer, and – where applicable – their heraldry. In a religious image the commemorated persons could also be represented just by their names and heraldry, and even by their name saints as in the altarpiece of Antonis Pot and his family (see MeMO memorial object ID 496). 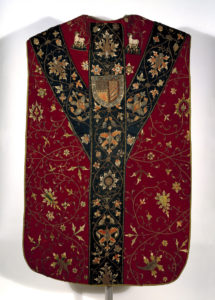 There are memorial pieces that functioned as independent objects, such as:

They were also present: 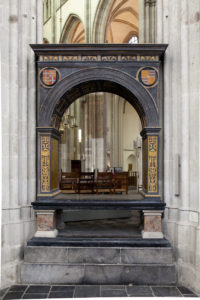 Fig. 5. Cenotaph of Joris van Egmond, bishop of Utrecht († 1559). He was buried in the Benedictine Abbey of St Amand, of which he was abbot, see MeMO memorial object ID 2956

Because the latter groups of memorial pieces have not yet been catalogued, only the independent memorial pieces have been included in MeMO. These independent memorial pieces were often placed in the churches, chapels and churchyards of parishes, monasteries, hospitals, etc., either on or near the grave of the commemorated persons or in a different location in the same institution. However, they could also be intended for another institution, which allowed the patrons to show their connection with multiple institutions, and also increased their chances of prayer for their souls. This was one of the reasons why the hearts, viscera and bodies of secular and religious dignitaries were often buried in different institutions (fig. 5).

The following table provides an overview of the terminology used in the MeMO database and supporting products for tomb monuments, floor slabs and memorial pieces.